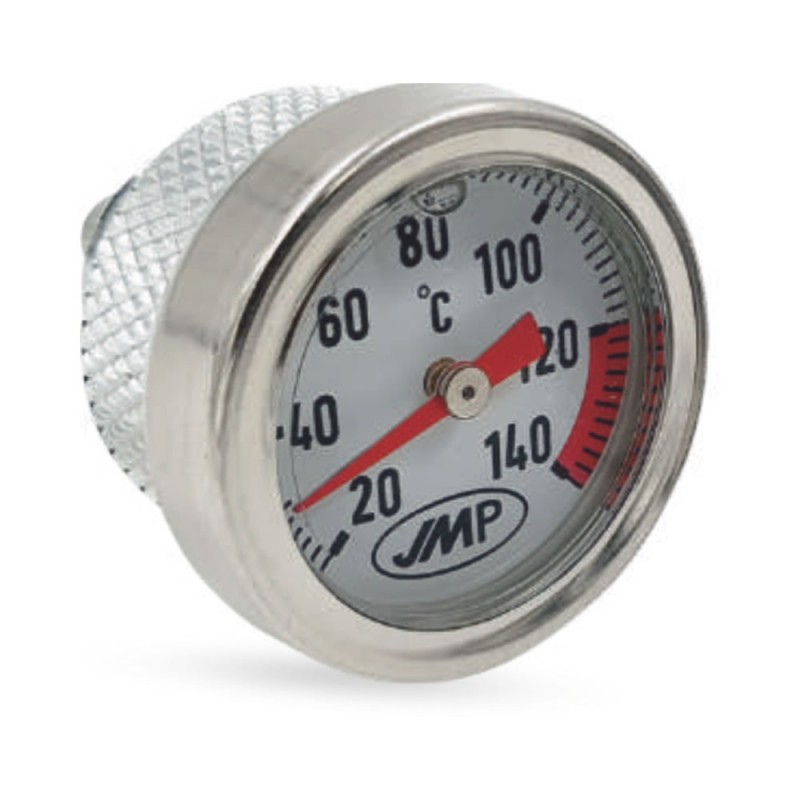 The air bubble in the sight glass secures the expansion of the damping oil when heated, no reason for complaint!

Oil temperature is probably the most important thing to know. Free reving (or worse - racing) on an engine that has not fully reached it's oil operating temperature is extremely dangerous.

As a general rule of thumb, after the motorbike is warmed up, oil tends to be a few degrees warmer than the coolant

However, it takes much longer for oil to come up to temperature that coolant. When you start your bike in the morning, most of us are wise enough to not romp on the bike until the coolant gauge is up to operating temperature. This is certainly better than romping on it cold, but it's still not quite ideal.

Oil will not get to complete operating temperature easily by simply idling, it requires driving around and putting SOME load on the engine. We see people in the pits at races all the time revving their motors to 'warm the engine up'. It won't do any good and is only putting premature wear on the bike.

The best way to get a motorbike's oil temperature up is to simply drive it around for a few minutes. Ideally, you'd have an oil temperature gauge to tell you when it's at operating.

Well, that may seem a little extreme, as certainly all of us have run a engine that was cold, hard. We probably even got away with it due to the amazingly good engine design we have today. However, it's an extremely risky thing to do and can easily result in catastrophic engine failure. ESPECIALLY in highly tuned, built engines.

In all engines, the engine's clearances are significantly tighter, creating extreme amounts of stress on the engine's internals and the piston rings will not have properly sealed with oil temps too low. In short - it's really bad for your engine to run in hard until its OIL is completely warmed up.

For this reason it is crucial not to use your motorcycle with low oil level. If your oil level drops below the recommended, the oil temperature becomes higher (as there is less fluid to cool the same engine heat), therefore having an oil temperature gauge could be a good indicator for oil levels.

If you're putting gauges in your motorbike, you might also consider an oil temp as it can be a real tool in assessing the load on your engine and keep you aware of situations that might harm the reliability of your engine.

Keeping this advice in mind will certainly keep your engine alive much longer and prevent you from having a really bad day.

DIY (Do It Yourself)

The air bubble in the sight glass secures the expansion of the damping oil when heated, no reason for complaint!